Glycolysis is the major pathway for the utilization of glucose in the body. Glycolysis is defined as the sequence of reactions for the breakdown of Glucose (6-carbon molecule) to two molecules of pyruvic acid (3-carbon molecule) under aerobic conditions; or lactate under anaerobic conditions along with the production of ATP. This was described by Embden, Meyerhof and Parnas. Hence, it is also called as Embden Meyerhof pathway. 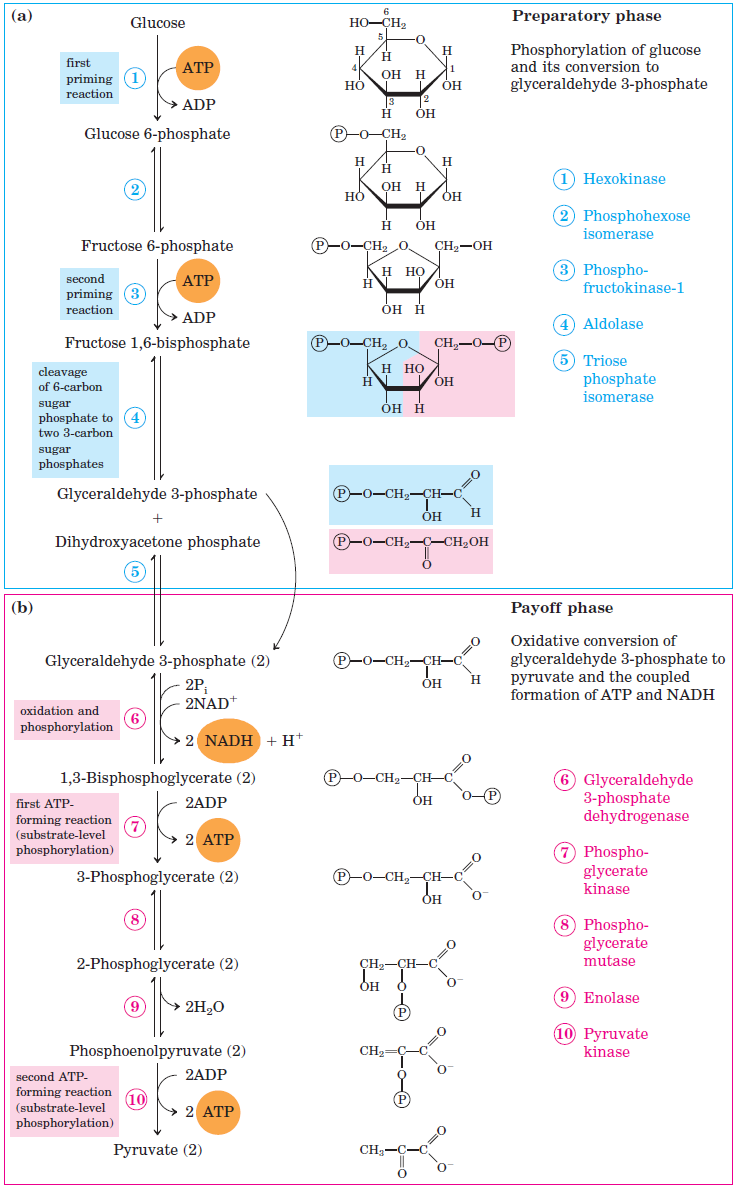 Glycolysis takes place in cytosol of all the cells of the body. It is the major pathway for ATP synthesis in tissues lacking mitochondria, e.g. erythrocytes, cornea, lens etc.

Glycolysis is the only pathway which can operate aerobically and anaerobically.

Aerobic Glycolysis: It occurs when oxygen is readily available. Final product is pyruvate along with the production of ATPs.

Anaerobic Glycolysis: It occurs when oxygen is scarce. Final product is lactate along with the production of ATPs.

The breakdown of glucose molecule is brought about by sequential reaction of 10 enzymes which can be divided into two phases:

Step 1: Uptake and Phosphorylation of Glucose

Step 10: Conversion of Phosphoenolpyruvate to Pyruvate